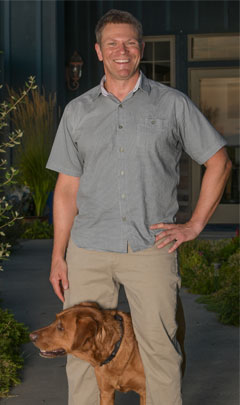 Brett grew up in rural Lebanon, Indiana. He earned a Bachelor’s of Pharmacy from Purdue University in 1992. Brett and Denise were married in 1995 and moved to Boulder, Colorado. Brett earned his Master’s in Business Administration from the University of Colorado in 1997. Corporate health care was unsatisfying to Brett so they moved to Walla Walla, Washington in 1998 and pursued Brett’s winemaking dream. Brett enjoys cycling, working out, and reading. 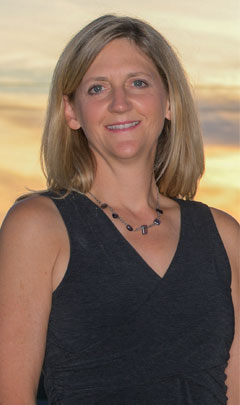 Denise grew up in rural Fairland, Indiana in a farming family. Denise earned her Bachelor’s of Pharmacy degree from Butler University in 1993. Brett and Denise were married in 1995. Denise agreed to Brett’s winemaking dream but said they had to stay in the Western USA. Together they moved to Walla Walla, Washington in 1998. Denise enjoys swimming, gardening, and reading.

The Isenhower’s have three daughters, a Red Labrador Retriever, and two felines.

Born and raised in Indiana, Jason moved to Walla Walla to study winemaking in 2011 after a decade in the restaurant industry. It was at Walla Walla Community College’s Enology and Viticulture program that he discovered his passion for making white wines – crisp and clean with little or no oak that are expressions of the variety, terroir, and vintage. In 2012, Jason interned at one of the valley’s oldest and most respected wineries, Walla Walla Vintners under Gordy Venneri and Myles Anderson. Working with their winemaking team, he learned the art of making red wines that are complex and expressive from across WA state. After graduating from WWCC's wine program, he started his own brand, Lagana Cellars, in 2013 focusing on both whites and reds. At the beginning of 2019, Jason joined the Isenhower’s staff as assistant winemaker. 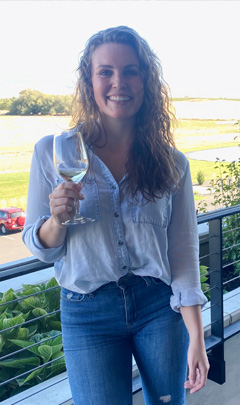 Raised in Walla Walla, Awnya has grown up watching the valley transform from a quiet farming community to a thriving destination wine region. Awnya earned her Bachelors degree in Graphic Design from Walla Walla University in 2014 and while working in corporate design fueled her love for wine by working in tasting rooms on weekends. She is extremely passionate about the industry and building meaningful and lasting relationships with our customers. In her free time she enjoys reading, cooking and live music. 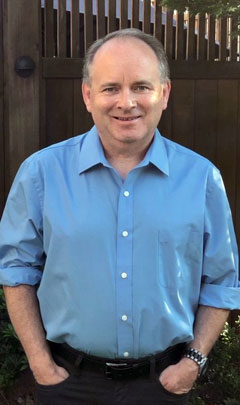 Born and raised in Washington, John has seen Woodinville grow from a quiet farming town to the world class wine community that it is today. He spent his early career specializing in Logistics & Supply Chain Management but was always drawn to the wine world. John joined the Isenhower Team in the Summer of 2020 as our Woodinville Tasting Room Manager and Wine Sommelier. Building strong relationships with our club members and customers is especially important to him. John and his wife Heather enjoy quality time with family, friends, and of course, wine!